ESSENTIAL STEPS TO A HEALTHIER LIFESTYLE

Big changes aren’t necessarily the easiest obstacles to overcome, but they aren’t impossible to overcome either. There are ways to make certain changes in life an easier process than what many make them out to be. For example, going from typical unhealthy eating to full-on health nut is doable, albeit an uncomfortable journey from point A to point B.

Like most things, taking it slow and easy wins the race. That’s not to say that getting straight to the point won’t work, because that’s far from true. When people decide to go on a 12-week weight-loss journey, it involves going into a caloric deficit and a rugged training regime. Again, there’s nothing wrong with that, but what this sort of approach typically brings along with it, is that people don’t know how to keep the weight off once they get to the end of their 12-week programme.

By the end of it, their caloric capacity is so low that they’re always hungry, and most likely, they’re not getting enough micronutrients in. This approach can be unhealthy when the trainee is not well educated on the topic of nutrition, leaving them in a worse-off state than when they first started.

So for all of you looking to make a positive change on your health, here are three things to do to get you started on your health journey.

One of the best places to start body transformations is in the kitchen. Sure, getting active is also a surefire way to get your transformation headed in the right direction. However, the most important factor in a healthy weight-loss journey is the nutritional aspect.

When you shape up your eating habits, not only do you accelerate the rate at which you drop the fat, but you’re also doing your general health favour by taking care of what goes into your body. People generally associate a lean, muscular look with optimal health. In retrospect, this idea is both false and damaging to our goals as far as being healthy is concerned.

It is possible to be a healthy individual while not being shredded like a township dog. In some cases, those who are so lean that every striation on their pecs visible, are only shredded like that for a short period of time. Often times, the most lean individuals will be top tier athletes, but for folks who are just set on being healthy, having a sub-6 body fat percentage should not be the main focus.

Instead, focus first on improving your nutritional habits and then work your way to becoming a walking anatomy chart, if you so desire, of course.

To make healthier food choices, opt for baked or steamed food instead of having it fried. I know that fried food tastes really good, but baked food can be just as good (if not better) when prepared correctly. If you do have a hankering for fried food, used coconut oil instead of traditional cooking oil.

This would involve small changes like eating baked beetroot/sweet potato chips instead of your traditional, run of the mill, rugby-day chips that are chock full of unhealthy fats and MSG.

By slowly replacing all of the bad stuff, you begin to form a healthy habit as opposed to jumping on the hype train and eliminating all the bad stuff from your life all at once. By starting off too optimistically, your enthusiasm will fade down in a couple weeks because you’re doing something that your body is not used to at all. In some cases, this aggressive approach may work for some, but you will want to make small changes at a time so that it becomes engrained into your ng.

If you’re unsure of what snacks you could start eating, below are a few to get you walking in the right direction:

Dark chocolate isn’t the first choice for those with a sweet tooth, but it’s loaded with benefits. For one, dark chocolate that contains at least 70% cocoa is jam-packed with flavanols that can lower blood pressure as well as reduce the risk of heart disease.

As for the almonds, they are high in monounsaturated fats which are healthy for the human heart and have positive effects on blood sugar control. There may also be some appetite-reducing effects, which come in handy on those hungry-hungry hippo days.

Good ol’ fruit! This should actually be a complete no-brainer as it is instinctively wired into our human nature to know that fruit is healthy. Eating at least one fruit a day could positively impact your health due to the nutritional value contained within fruits — and I’m not talking about the macros.

Fruits are loaded with antioxidants, minerals, and vitamins. Obviously, some fruits will be higher in one area than others, so it’s best to mix it up as often as you can. But most importantly, keep it simple. Start with single fruit types like an apple one day, an orange the next, and grapes on the following day, just to give an example.

Yes, biltong is a healthy snack. Typically, biltong is eaten on game day, braais, and when you’re hosting a little get-together. But why limit it to those events?

Biltong is both delicious and loaded with protein, which, by the way, is a thermogenic macronutrient. Meaning that your body burns calories in order to digest it. Biltong is a win in every sense of its existence.

If you didn’t know this by now, water is good for you. And making sure that you drink enough water throughout the day will ensure that you’re keeping your body functioning optimally.

Water intake is associated with hydration, and being hydrated means that the functions in your body that require water are doing what they’re supposed to.

There have some claims that consuming 500ml of cold water can temporarily boost your metabolic rate up to 30%. This could be credited to your body needing to bring the water to body temperature, thereby expending calories to generate heat.

There have also been some cases where drinking water 30 minutes prior to eating a meal resulted in weight loss. [R]

So, all in all, taking the necessary steps toward a healthier lifestyle are small but can be life-changing. Everything big starts with putting one foot in front of the other, and as long as you’re moving up, you’re doing something right. 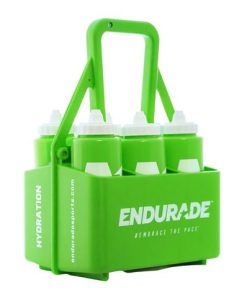 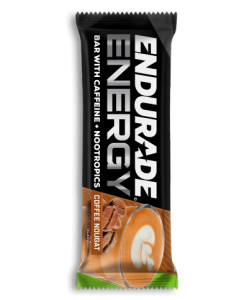 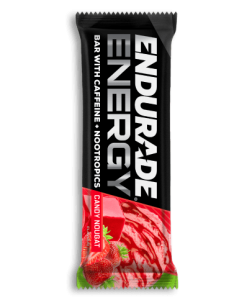